This is an English translation of a note written by Yurovksy in 1922, which is now housed in the Private Presidential Archives of the Russian Federation (APRF), specifically for citation located at APRF f.3 op 58 d. 280. First published in 1993 in the original Russian in a small Russian scholarly publication Istochnik.  Our thanks to volunteers for giviing us this English translation.

Confessions of an executioner

These memoirs were kept in a secret archives for seventy years. They were written by Yakov Yurovsky. It was he who was the organizer of Nikolai II’s murder, his family and persons close to them. It was he who supervised the execution, which took place in 1918, on a July night, in a basement of the requisitioned house in the center of Ekaterinburg, which belonged to the Engineer Ipatiev. This is the first time these memoirs are published in their entirety.

* The phrase in parentheses is stricken
** Pavel Medvedev who was ordered to blow the bridge in Perm ran away after unsuccessful action and was captured by White after being betrayed by some traitor. According to not very accurate information he died after being tortured as he was very steadfast comrade and refused to give testimony. (from author) 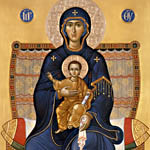