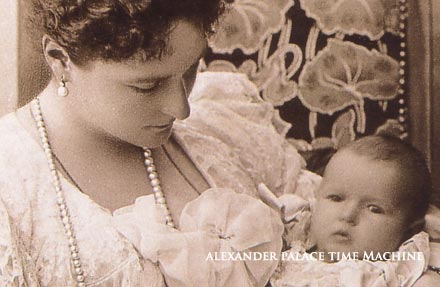 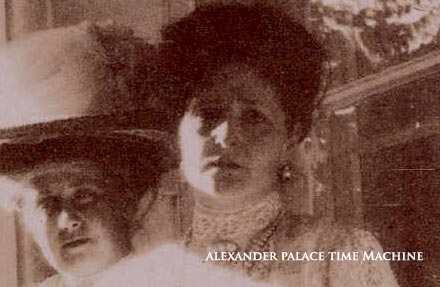 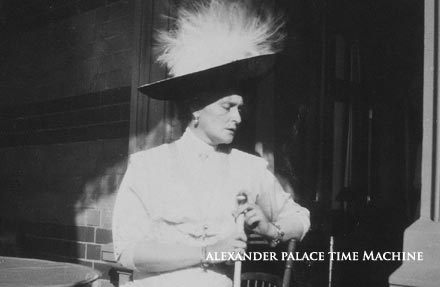 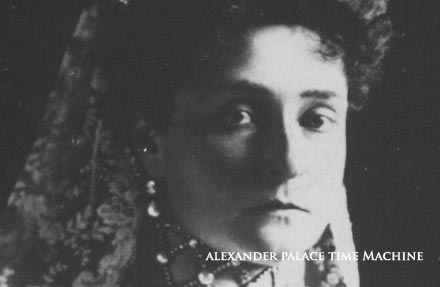 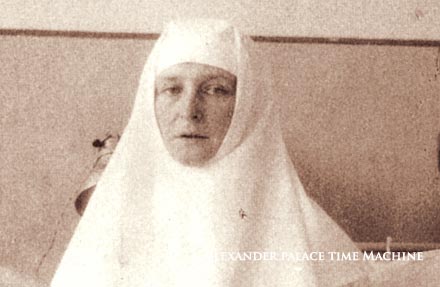 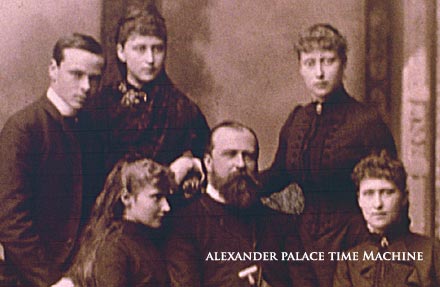 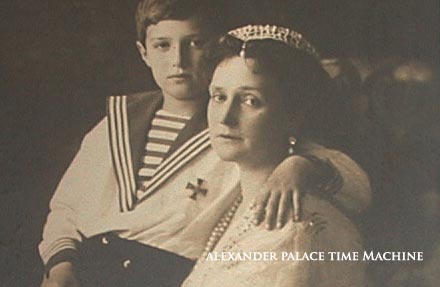 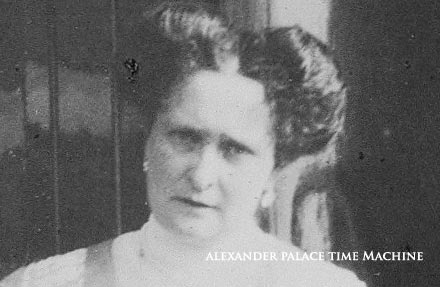 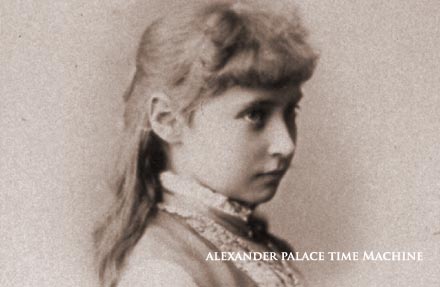 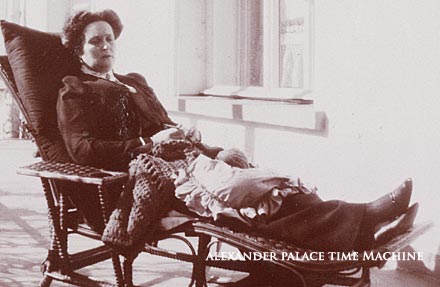 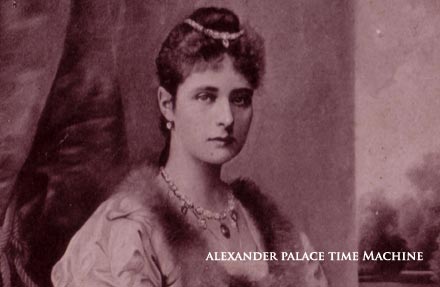 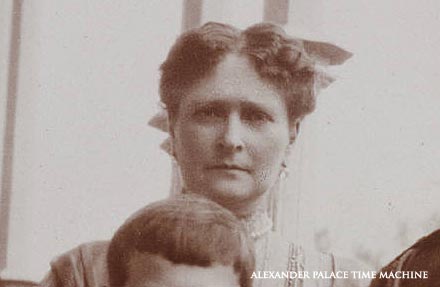 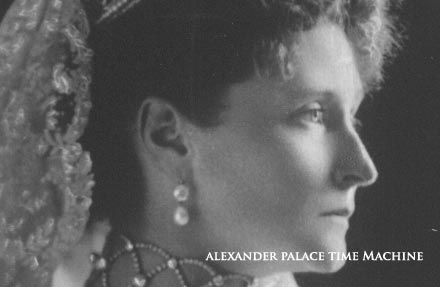 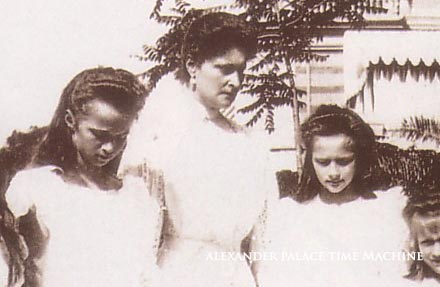 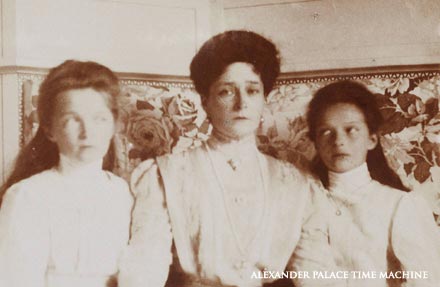 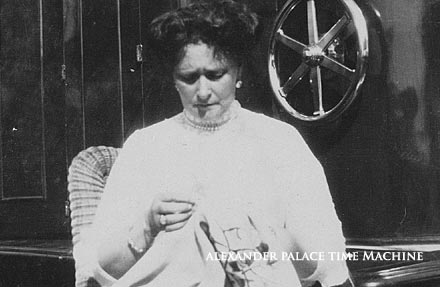 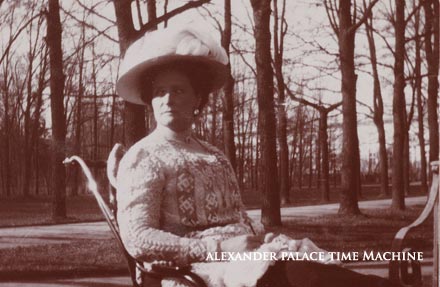 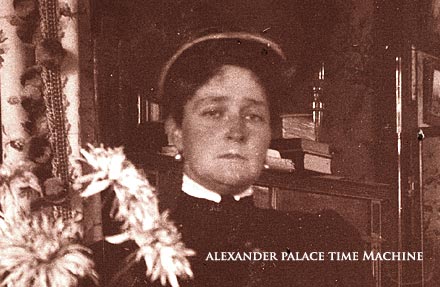 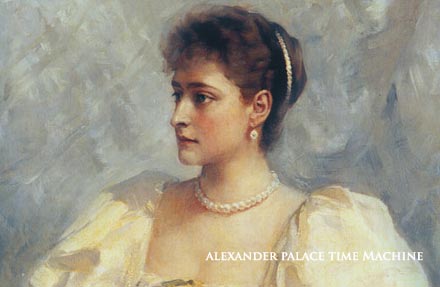 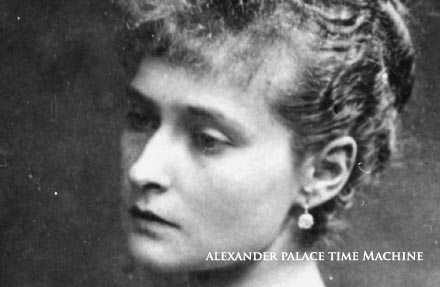 While Alexandra Feodorovna's reason was sometimes fuddled by her runaway passion, while her decisions were fatally influenced by her inherent high-handedness and self-assurance, nonetheless the chief reason for those profound errors into which she fell in the last years of Nicholas II's reign was another side of her psychological make-up, that with the years acquired ever greater power over her and little by little turned into was was definitely a morbid condition - her all-penetrating, deep-running mysticism.

Members of the House of Hesse to which the Empress belonged had been prone to mysticism for ages, over many generations... The Empress's sister, Grand Duchess Elizabeth Feodorovna, was also full of religiousity, running to mysticism. In Alexandra Feodorovna deep religiousity was present from youth, finding outward expression, among other things, in her spending hours kneeling at prayer.

Inspired by that same religiousity, before her wedding she accepted Orthodoxy with all her being. This did not prove a difficult task for her: in Orthodoxy she found abundant norishment towards the mysterious and miraculous.

It is there that we should seek the explanation for her resolve to change her faith, something which, it emerges from the Emperor's diary, she was originally against. Sure enough, Alexandra Feodorovna, having adopted Orthodoxy, did not regard it with anything like the relative indifference that the Russian educated public had shown since the 1870's. She, on the contrary, absorbed Orthodoxy with all her being, and Orthodoxy roughly sixteenth-century style at that. She acquired a profound belief not only in the dogma of Orthodoxy, but also in all its ritual aspect. In particular, she became imbued with a profound faith in the saints venerated by the Orthodox Church, She zealously placed candles before their imaages and finally, and this is the most important, became imbued with a faith in "men of God" - hermits, monks of the strictest rule, holy fools and soothsayers. The Empress strove to establish contacts with people of this kind from the earliest years of her life in Russia and individuals appeared who provided her with them in such great numbers that the royal palace in that respect took on the character of the old-world homes of Moscow's rich merchants. Using the back entrance, of course, at someone or other's recommendation such people penetrated the inner apartments of the palace, where the Empress talked with them sometimes at great legnth, while the household staff were expected to cordially treat them to food and drink.

The Tsarina even said on this account that she was aware of the reproaches cast at her because she liked to see and talk with wandering pilgrims and various "men of God". "But," she added, "such peoiple speak more strongly to my mind and heart than the Church hierarchs who come to me in expensive silk vestments. So when I see a metropolitan coming in to see me, his silk robe rustling, I ask myself: what's the difference between him and elegant high-society ladies?"

At the same time she immersed hersellf in the written works of the Church Fathers. Those tomes were her preferred reading to such an extent that alongside the couch, on which she spent the greater part of her time, stood a book-stand containing a large number of books with a religiuous content. The majority of these books were not only in Russian, but written in Church Slavonic, which the Empress learned to understand readily.

Her favorite activity, like the Russian Tsarinas of the time before Peter the Great, was embroidering items of ecclesiastical linen. The idea sprang up owing to the spirit of the Orthodox faith and then became fixed in her mind that the salt of the earth in Russia were the common people, while the higher classes were corroded by lack of faith and marked by depavity. Another factor played an immense, decisive role in strengthening this view in her, coloring in a most peculiar way, that became ever stronger with the years, her attitide toward various sections of the Russian populace. I refer to the circumstance in which she found herself on arrival in Russia, which almost coincided with her assuming the role of empress-consort, that is to say the reception that she encountered from some members of St. Petersburg society. Her every word, every gesture, everything down to the cut of the dress she was wearing was subject to harsh criticism; and obliging people came forward to make sure she knew about it... Naturally, little by little, not by any means at once, Alexandra Feodorovna also began to harbor unkind thoughts about St. Petersburg society and therein lies one of the reasons, if not the main reason, why she turned to the Russian popular masses and sought from them the sympathy that the St. Petersburg nobility had not shown her. Almost a majority of the royal family and of society tuened in her eyes into her personal insidious enemies.

The slightest criticism of her words and actions, or even a failure to acknowledge her absolute wisdom, were to her mind an irrefutable sign of hostility towards her. How great the trust, how great the sympathy enjoyed by those who agreed with her propositions, praised her decisions and skillfully expressed boundless devotion to her. Under this same influence the Empress developed a suceptability to flattery. There can be no doubt that the Empress's confidence in the unshakeable firmness of the autocratic suystem in Russia was founded on the conviction that the common people, the Russian peasantry worshipped their monarch.