St. Petersburg, October 13, Interfax - Representatives of the Romanov family have asked the Russian authorities to set up a governmental commission to arrange and conduct a ceremony to rebury the remains of Crown Prince Alexey and Princess Maria, the children of Russia's last emperor Nicholas II.

In an address, which was announced at a conference in St. Petersburg, members of the royal family expressed hope that the remains would be buried in St. Catherine's Chapel of St. Petersburg's Peter and Paul Cathedral.

The authenticity of these remains was confirmed at the highest level, they said.

"The fact that the Russian Orthodox Church has canonized the family of Emperor Nicholas II and worships them as holy royal martyrs makes this issue particularly acute," they said.

"The remains of the new royal martyrs must finally be laid to rest in this Orthodox cathedral," according to the address, which will be forwarded to the Russian authorities in the near future.

On July 29, 2007, the remains of two other people were found during archeological excavations 70 kilometers south of the first burial site. Numerous tests have concluded that they belong to Crown Prince Alexey Romanov and his sister Maria. The remains have not been buried yet. 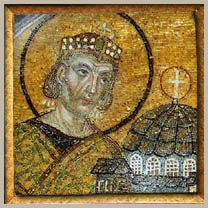