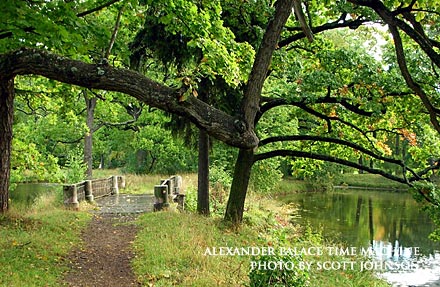 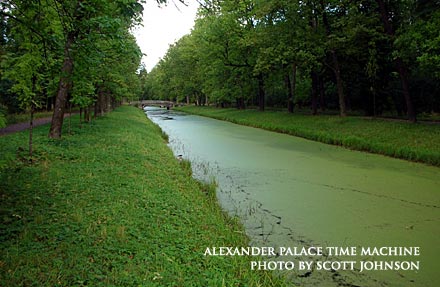 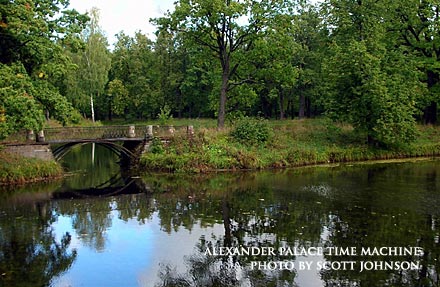 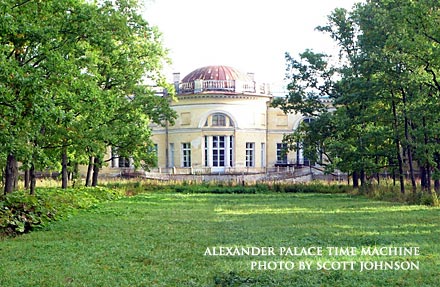 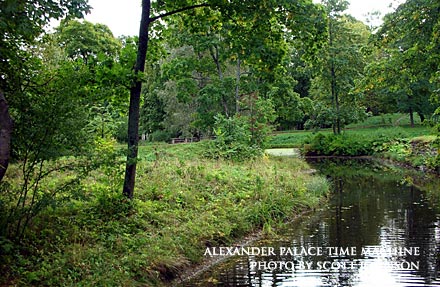 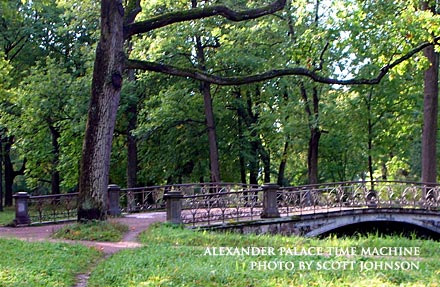 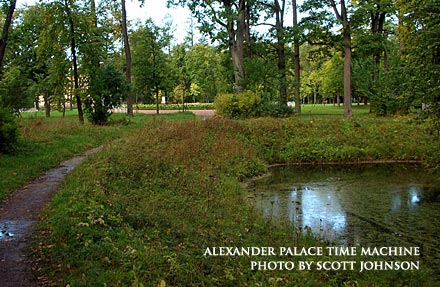 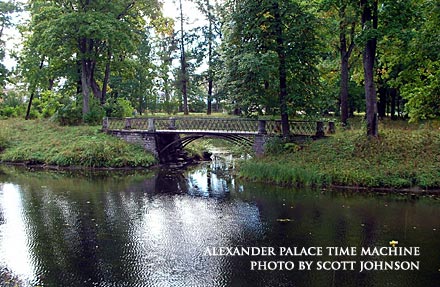 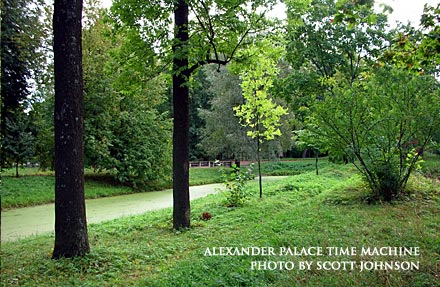 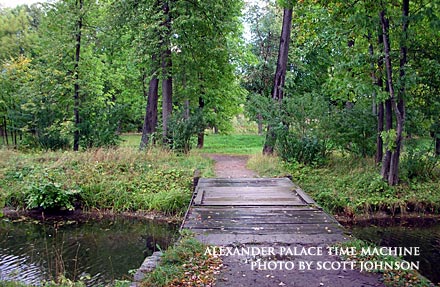 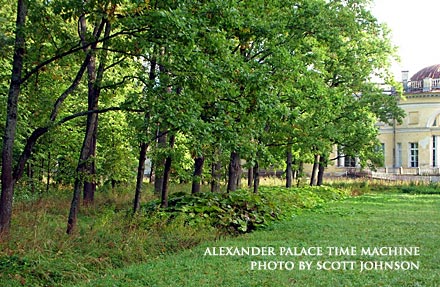 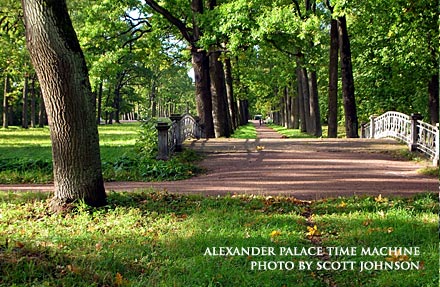 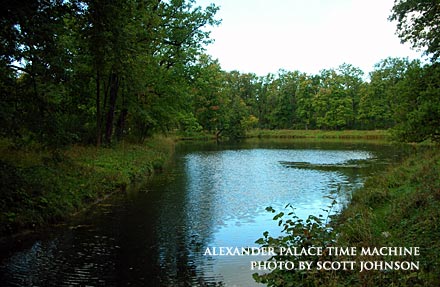 The Alexander Palace park is described in our online book "Tsarskoe Selo in 1910" thusly:

Here begins Fir Avenue. It leads past the Llama House and the Photographic Pavilion to the Llama Bridge, past the Arsenal and over the Dragon and Chinese Bridges to Krasnoe Selo, but beyond the park boundaries it has the Arsenal Road. From the Alexander Gate to the Llama House the avenue is edged with firs of striking beauty; the remains of a "vista" made at some time or other through the thick wood, which grew here from immemorial time.

That part of the Alexander Park which lies to the northwest of the Llama House and stretches up to the town near the Alexander Palace, was until 1895 a beautiful meadow adorned with magnificent groups of trees and served as a broad pasture land for cattle belonging to the Imperial Farm. Now this pasture is surrounded by buildings; at its boundaries stand the Barracks of the Railway-Regiment, His Majesty's Own Life-Guards, His Majesty's Own Infantry Regiment, the buildings of the Imperial Railway Pavilion, and the Imperial Garage. Access to this part of the park is via a road which runs from the Llama House to the town along the boundaries of that part of the Alexander Park. During the residence of the Court at Tsarskoe Selo the public is not admitted here. Another carriage drive begins half way from the small Llama Dam and passes all the buildings, which have just been mentioned.

The photos at the top are a delightful tour through the park, its canals and bridges.  Many visitors to our site will recognise many these views from historic piuctures of the Imperial family at lesiure in the vast park.