Smaller Library - used as a Dining Room by Nicholas and Alexandra 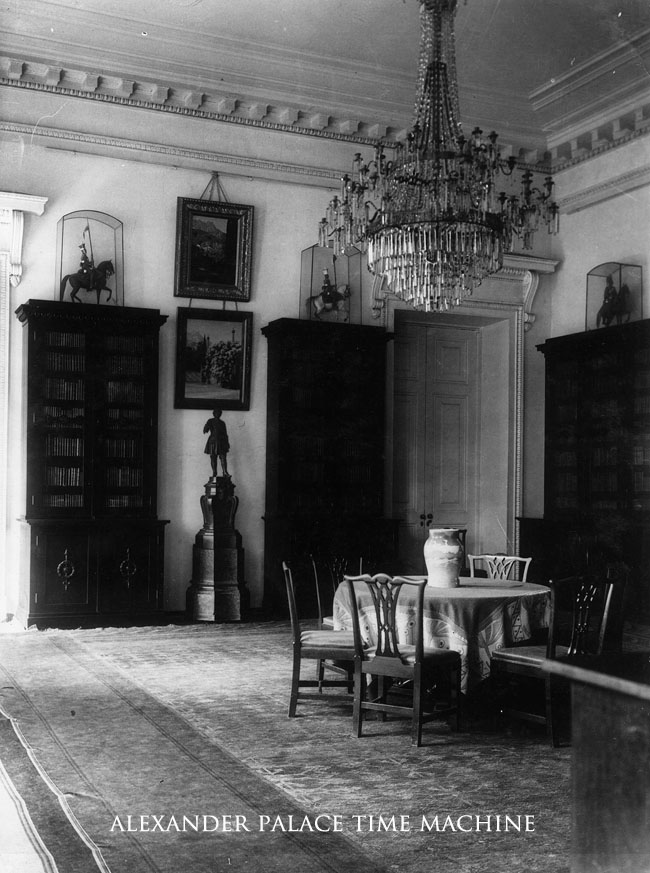 There were three libraries in the Alexander Palace and the one shown above was the second. Each reigning Tsar created his own book collection. These were of two types, one was the public collection of official books and documents that became a part of the State Archives after the death of the ruler. In addition the Tsars and their families had personal collections of books, journals and magazines that they read for their own enjoyment. These collections were often kept at the suburban palaces, where the more relaxed atmosphere outside the capital encouraged leisure activities such as reading for pleasure. The Alexander Palace was normally used as a summer residence. One can imagine the palace, with extensive gardens, balconies, and broad open windows, was an ideal place for light reading 'alfresco'. 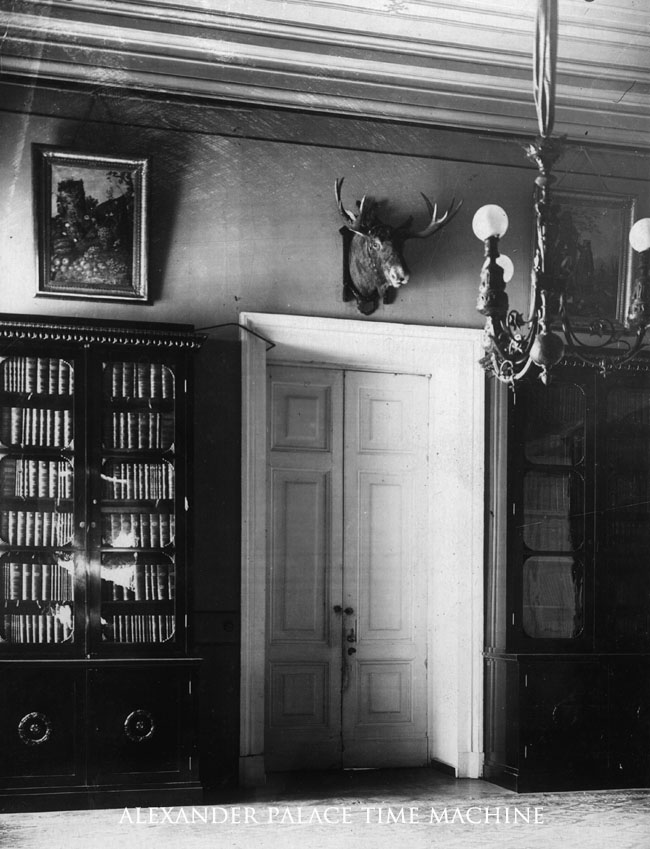 Examining the types of books each Tsar actually read for enjoyment can open a special page unto the personalities of Russia's Romanov rulers. Their choices for their own reading are often quite commonplace and show an interest in travel, genealogy, the history of the Romanov family, biographies of famous people and romance novels. One of the great losses during World War II were these personal libraries stolen from the Alexander Place by the German and Spanish troops which occupied and looted the building. The stolen books, ranging over a wide area of subject matter, still turn up frequently in auction houses and libraries around the world.

Books given to Tsars and their families were generally editions-deluxe, often arriving with special, custom morocco bindings stamped with Imperial Eagles and some having fittings of silver, ivory and gilt. They were books on an assortment of subjects, but the most visually compelling were the numerous folios and books of watercolors and photographs. Oversized travel albums or editions covering special events were especially popular with the family.

The bookcases in the second library contain the collection of Elizaveta Alexeyevna, wife of Alexander I. This collection include almanacs, calendars and anthologies.

Frequently Nicholas II and his family would have dinner in this room at the round table in the center of the room. The furniture is in two styles, Empire for the mahogany bookcases, and Chippendale for the table and chairs. The French chandelier is late 18th century from the reign of Louis XVI. On the floor is a large 19th century Bokharan carpet.

This library also contains the collection of Tsar Alexander I in two bookcases, dealing with mostly serious subjects like history, geography and philosophy.

There were at least two librarians on permanent duty in the Palace. They were not considered servants, but specialized curators of the collection in the private employment of the Tsar.