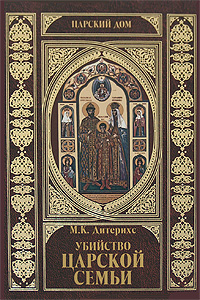 An examination of the murder of the imperial family by the general in charge of the White army's Ekaterinburg investigation. (Originally printed in two volumes in 1922.)

Written with the benefit of full access to both the Sokolov dossier and all other evidence (depositions, testimony, etc.) gathered during the White army inquiry.

For example: contains lists of possessions found at the Ipatiev House, as well as rostero f the men charged with guarding the imperial family both in Tobolsk and Ekaterinburg.

Though marred by anti-Semitism, Diterikhs's book was one of the more thorough and insightful treatments of the imperial murder and captivity at the time of its publication.

this book profile was written by Sarah Miler

Austin is Bat Crazy About Bats

Learn about the bats living under the Congress Avenue Bridge in Austin, Texas