Nicholas II: Twilight of the Empire
by Dominic Lieven 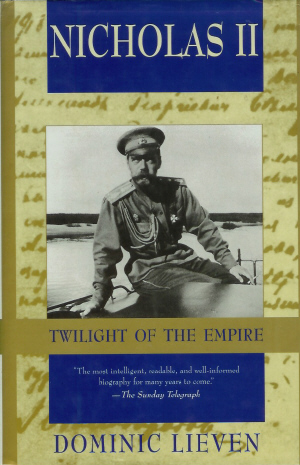 A biography examining Nicholas II’s performance in the role of emperor, with emphasis on the contribution of Russia’s outdated bureaucratic system toward the downfall of autocracy. .

Focuses on Nicholas's political, rather than family life.

A refreshing alternative to the Nicholas-as-charming-papa-but-inept-emperor biography.