End of the Romanovs
by Victor Alexandrov 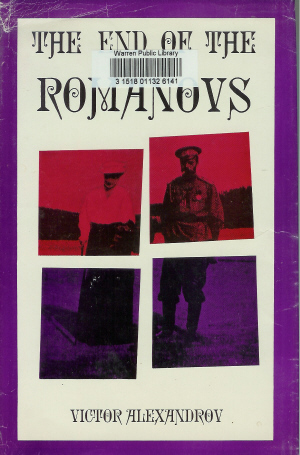 An examination of the murder of the imperial family and its subsequent investigation. Illustrated with 62 black and white photographs.

A look at the Romanovs written during the Soviet era from the point of view of a man born in tsarist Russia who maintained connections with Russian émigrés in Paris.

At the time of its publication, Alexandrov had uncovered some new information from untapped sources, but a number of obvious errors and embellishments detract heavily from the book as a whole. Also perpetuates a number of myths regarding Rasputin’s role in the fall of the dynasty. A few of the photos are indeed scarce, but many of them are also seriously mislabeled, most often by date and location. Alexandrov attributes many photos to the Romanovs’ exile in Tobolsk and Yekaterinburg that were actually taken in the Crimea and Tsarskoye Selo anywhere between 1913 and 1917. All in all an unrealiable volume, though it does give an interesting taste of the state of Romanov scholarship during the Soviet era. 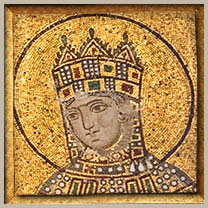